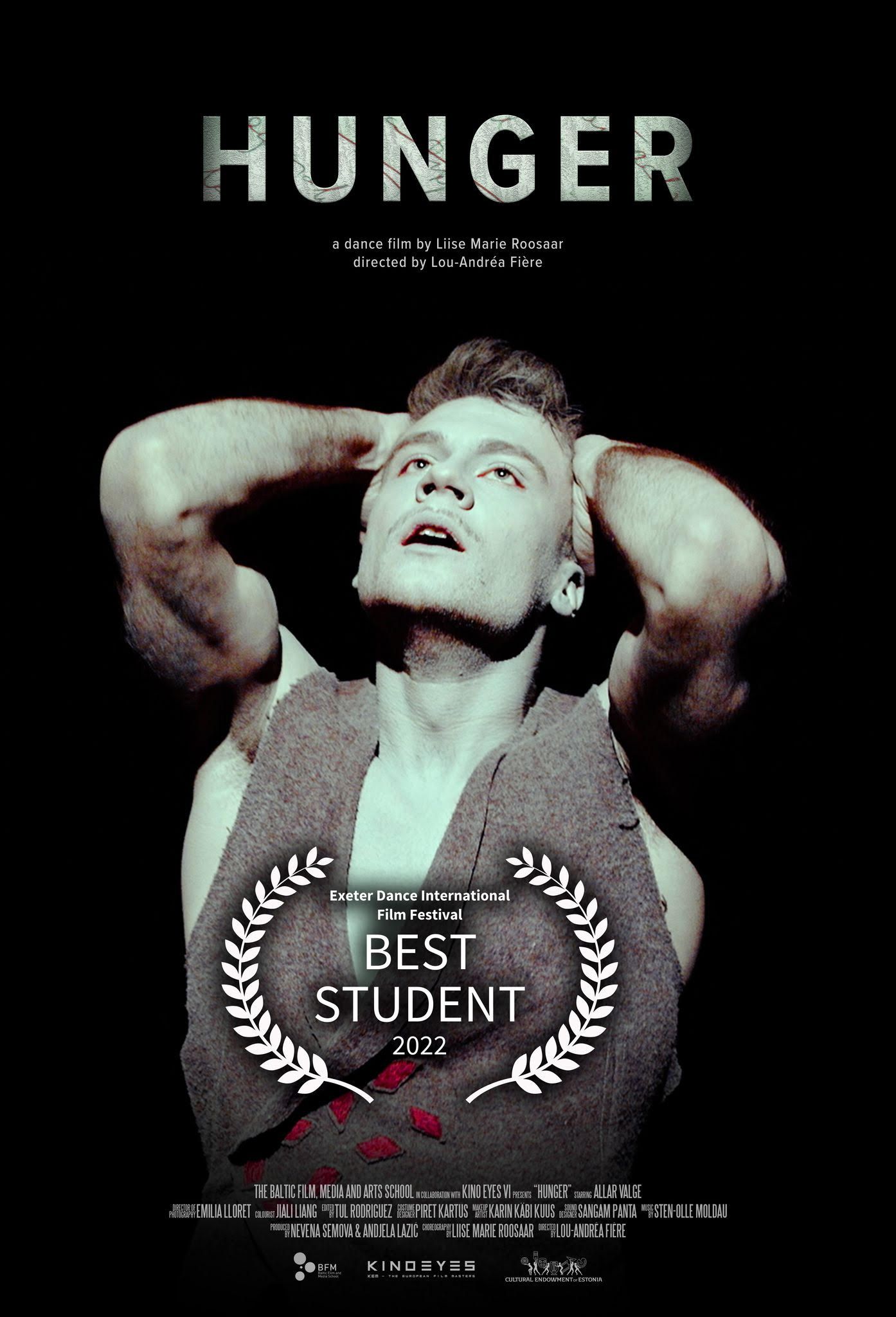 The dance film HUNGER, a collaboration between KEM 6, KEM 5 and Viewfinder, won the best student film award at the EXETER Dance International Film Festival (UK). Hunger is a conceptualised story of a struggling writer who hungers for validation and meaning while battling his inner demons. The film explores motifs of Estonian folklore, as well as the link between movement, sound and a brave cinematic approach. The story is based on Knut Hamsun's novel "Sult" (1890) and combines the creative power of an international team of film-makers.