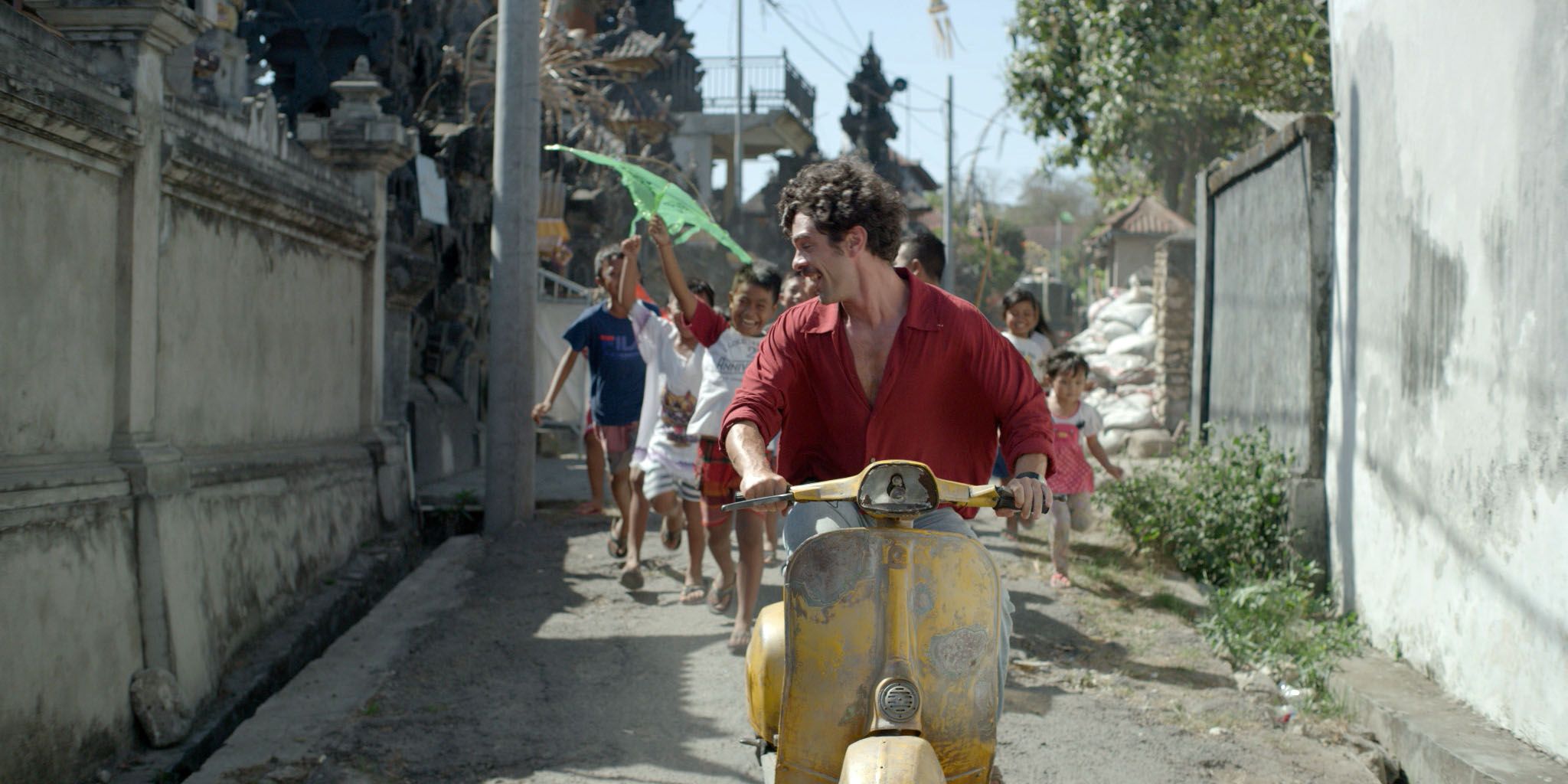 Students from KEM 1st and 2nd intake got together to make "Il Vespista", a film inspired by the life of Giorgio Bettinelli. Francesco Crivaro, alumni from KEM 1 and creator of the project talks about the film and the importance of KEM on it.

Where did the idea for the project came from?

The film, as you probably know, is inspired by the real life of an Italian traveler and writer that in his days traveled the world several times on a tiny Vespa.

I love travel literature, motorbikes (specially old Vespas), travels and I’ve always been fascinated by the stories of the great explorers of the past who literally risked their own life to reach new places and discover new cultures and borders. Few years ago, before starting KEM, I had just finished to read Giorgio Bettinelli’s books and I was deeply fascinated and touched by them. I wanted to understand what could have pushed a man to travel for more than 280000 km on a Vespa in the late 90s despite being kidnapped and having faced the death several times. He had the ability to describe the beauty of the diversity of the world from a particular slow perspective (from behind the handlebar of a Vespa) but seemed to have an interesting contrast and hidden conflict that could somehow arise from those pages. So I started researching about him, I met his family, his friends and I suddenly discovered the existence of a man, the true Giorgio, that was kind of different from the character of his books. A man with his fears, fragilities, desires and faults. That “real” Giorgio was even more interesting to me compared to the fearless“hero” of those books that could cross any country and overcome any problems. I saw many of my personal experiences reflected in Giorgio’s life and the possibility of making a very personal film to get eventually some answer about what makes a person really “free” and, ultimately, if freedom and happiness are always on the same side of the coin.

Did kem had some influence in its origin?

As soon as I started my experience in KEM, I immediately felt I was surrounded by many interesting and talented people, coming from all over the world, with diverse and fascinating backgrounds. We started to know each other more and more, to talk about stories and future projects and I immediately felt I could have easily found the right partners to make this film happen. When you work on a story about a traveler who traveled the world and who was fascinated by the diversity, you definitely need an international crew to reproduce that cultural richness.

How did you organize to make this project a reality?

We started creating a website and a FB page and got the rights from the family to print and organise a photo exhibition all over the world about Giorgio’s travels. That was the starting point to spread the word about our project and to start raising some funds for the film. We then launched a crowdfunding campaign and published a photographic e-book with Giorgio’s photos that became our main perk. We tried then to involve the community of Vespa enthusiasts and some local sponsors as much as possible. We were extremely lucky to have an amazing cast attached to the project the includes Giovanni Anzaldo, Asmara Abigail, Valentine Payen and Muhammad Kahn who was nominated as best actor in the Venice film festival 2 years ago for the film Memories of my body. I would lie if I didn’t say that the whole process took us almost 2 years.

How did Kino Eyes contributed for that?

KEM represents the perfect incubator for ideas and projects and created those solid professional relationships that are necessary and essential to make a film. Being from different parts of the world, even if sometimes that complicates meetings in person, you multiply somehow drastically the chances of seeing your project moving forward. We were also very pleased that Lusofona Filmes decided to partner with us to bring this project to life.

How was it to work with your former colleagues in a professional environment?

Trust and knowing each other are important things while dealing with such a complicated project. Having worked and studied already together we were able to overcome all the difficulties as a solid team. We had such an amazing time shooting together in Indonesia, honestly.

How was the process of obtaining funding?

Producing this film was not easy. That was due to the fact that an Estonian production company, with an International crew, was working on a film based on an Italian traveler to be shot in Indonesia. We were basically cut out from the 90% of the local grants and funding schemes for short and the only solutions seemed to be the crowdfunding, local sponsors and having the head of the departments open to work for free. We had some hard time also to arrange the shooting permits and the working Visas for the crew and we were lucky enough to meet a perfect Indonesian Line Producer who helped us to create the right conditions to make a great film.

The other complication was that our story is set in the 90s and that Bali changed quite a lot in the last 25 years. We had to consider a tiny island next to Bali that was visually perfect for the story but logistically challenging as there is no harbour with a real pier there and all the equipment and props (including the Vespa of the film) had to be transported on tiny wooden boats and then manually to the shore through the huge waves of the ocean by porters.